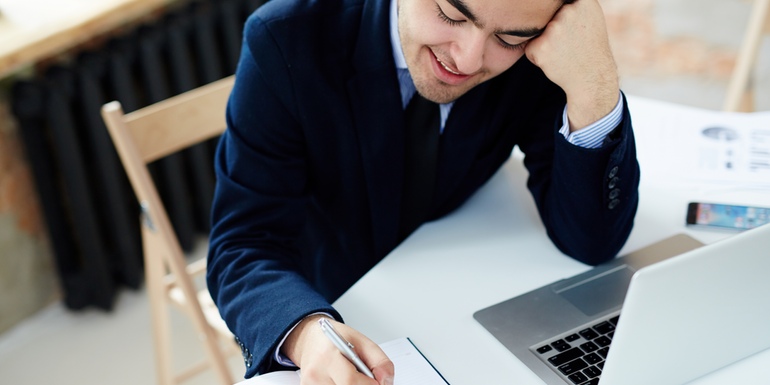 Of all conversations about money, there’s a common emotion that comes up. It’s one that everyone feels alone in, that they’re the only ones to feel this, but time and time again, it appears in daily financial conversations, reminding us that we’re actually not alone.

One of the reasons for this is that we grow up thinking that our adult life will look a certain way. We think we will either follow in our parents’ footsteps or are determined to avoid their mistakes and hopefully turn out considerably better.

But the reality is that no matter what our plans or perceptions were growing up, they seldom take that form when we’re all grown up. It’s not uncommon to see people sharing their social media stories about how hard their day of “adulting” has been.

As New York Times financial writer Carl Richards once said; Almost everybody has an idea of what the financial life of their dreams would look like. Almost nobody has a plan for how to get there.

This is why so many people feel anxious about their money. They know where they’d like to be, but they don’t know how to get there.

Here are four steps that we’ve talked about several times before but need to hear again.

First: Pay attention to your spending.

As Carl Richards also says: The hard part of saving isn’t saving itself. The hard part is finding the money to save. With life having changed so radically in the last 24 months, you might very well have subscriptions or memberships that you’re still paying for but not using. You might also eat in more, and find that you don’t need to spend so much on takeout. Or perhaps your family needs one less vehicle and can cut back on the payments, maintenance and insurance costs on additional vehicles.

When you’ve found wasted money, don’t simply find something new to spend it on; automate your savings, even if it’s 50 bucks a week.

Online banking makes this concept a dream. Set up a basic savings pocket that automatically pulls the money you were spending on gym or car payments. It’s not going to hurt because you didn’t use this money for anything else anyway. But now, instead of the money going to someone else, it will start to build up into your own savings account.

These are three things that you can start doing today. You don’t need to meet with anyone, gain approval or radically change your life. All you need to do is pay attention to your spending, find wasted money and automate savings.

Before you know it, you will feel less anxious about finances, and we’ll be able to have better, more meaningful conversations about money and the future.